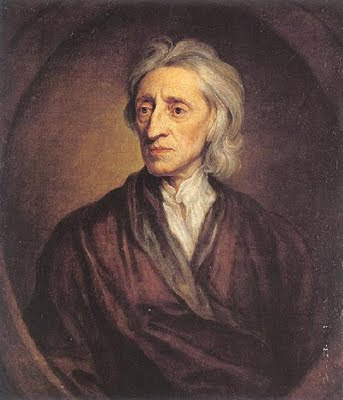 The first major wave of European colonization was initiated after the discovery of the Americas by Columbus in the late 15th century. The Colonization of these new lands was at first justified by the catholic nations as their duty to proselytize Christianity. Therefore their domination of the indigenous population was alleged to be of a great service to them, saving their souls from eternal damnation. This ‘Civilizing’ project was also used in an adapted form by British liberal political philosophers to justify their nation’s own colonization and empire building. Liberalism is a political philosophy that developed during the age of Enlightenment, noted for its ideals of individual freedom and rights. Two of Liberalism’s most prominent advocates; John Locke and John Stuart Mill supported the practice of colonialism. The rationalization of colonialism by Locke has been argued to represent the bankruptcy of western liberalism and its purported universal respect for human rights. To ascertain whether colonialism does demonstrate the bankruptcy of liberalism it first has to be established what colonialism constitutes and it’s development. Furthermore, liberalism needs to be more thoroughly elucidated with special attention paid to how Liberals justified colonial expansion.

Colonial expansion has a long history within European society. The Hellenic city states occupied a small territorial region. When population pressures increased, a segment of the populous established themselves in another area (Smith, 1991, p.493). The settlers were autonomous from their city of origin, declaring war independently and conducting its own administration. The Roman Republic implemented a modified form of colonial expansion, sending poor freeman to settle colonies with restricted autonomy (Smith, 1991, p. 495). The establishment of colonies gave poor Roman citizens economic opportunity. But they also functioned as garrisons in conquered localities, further expanding the Roman Republic’s sphere of influence. Colonialism came to denote an expansion of one nation’s territorial domination, through settling and displacing natives or directly administering the newly incorporated territory.

European Colonization was justified via ethnocentric conceptions of what is a human-being and how individuals and societies should function. Originally the Spaniard’s conceptualized the Native Americans as non-human; they had human form according to the Catholics but had the nature of beasts and consequently were “savages” (Parekh, 1997, p. 174). This distinction between Europeans and Native Americans, as human and non-human established a racist underpinnings of colonialism. Therefore under this racist ideological belief system the natives had no rights to life or property (Parekh, 1997, 175). During the initial period after European discovery of the Americas, the Spaniards technique for the expropriation of gold was to pillage it from the natives, a process which was totally completed within a decade (Smith, 1991, p. 499). Later Christians started to re-conceptualize the nature of the native population, observing that they had religious inclination and therefore had a human-essence however misguided and imperfect (Parekh, 1997, p. 175-6). The savage’s misguided and imperfect ways were cryptic-Christian. According to this logic, their conversion to Christianity in the proper sense would be an accomplishment of their “deepest aspirations” (Parekh, 1997, p. 177). This European enforcement of what constituted, the proper lifestyle on the natives marked the beginnings of the civilizing project, which was later adopted by liberalism.

A fundamental proposition of classic liberal philosophy is that human-beings are above all individuals, defined by this quality of individuality above collective identities (Heywood, 2002, p. 43). Liberals therefore insist upon the notion of individual rights and freedom to pursue their own ends as far as their action doesn’t impede another individual from doing the same. Governments which employ the tenets of liberalism must base their authority on “the consent of the governed” maintaining “equality before the law” (Heywood, 2002, p.44). When Good Government is instituted, each individual is therefore in accordance with their nature free to pursue their own development and self-actualization. This conceptualization of the optimal form of government is based upon a theory of the individual; Locke considered human-beings to be endowed with certain essential features (Parekh, 1997, p. 181).

The highest quality of human-beings, as postulated by Locke was their inheritance of reason, which differentiated them from animals (Parekh, 1995, p. 83). This hierarchy of beings, between those who have reason and beasts that don’t, was the basis of human dignity. As such human-beings have a duty to utilize their reason, to approach their interaction with nature and other individuals on a rational basis. To be rational according to Locke was to be productive and take advantage of natural resources to there full capacity. The application of this rationality was evaluated by Locke according to ethnocentric conceptualizations of society its notion of; private property, production optimization and political organization (Parekh, 1997, p.182).

For individuals to fulfil their rational duty they needed private property which leads, in the liberal view, towards individual freedom and industry. The Native Americans lacked private property, their land was left vacant and unenclosed, therefore it could be expropriated by civilized nations (Parekh, 1997, 183).The nature of enclosures were defined in a European sense with the use of fences and barriers that clearly marked the demarcation between properties. The Native Americans delineated between territories, but not in a way recognizable to Europeans (Parekh, 1995, p.85). Even in localities where properties were clearly defined with symbols recognizable to the European gaze, it was not adequate enough for Native American ownership to be respected. If they did not utilize their enclosed lands to maximum efficiency, they were guilty of not fulfilling their duty of rationality. The practice of letting crops decompose every three years, to enrich the soil was considered by Locke to be a waste of resources and consequently a violation of their duty (Parekh, 1995, p.85).

This same argument, of not utilizing land to its optimal efficiency, was used to justify the British colonization of Australia and displacement of the indigenous populations (Yarwood, Knowling, 1982, p. 15). Though even in Europe there were vast geographical regions left empty and vacant, which were not utilised to their maximum efficiency. Locke did not consider these areas as open for colonisation by other nations (Parekh, 1995, p. 86). The key distinction between an uncivilised and civilised nation’s vacant territory was the issue of political organisation and sovereignty. The Native Americans lacked a centralised form of authority in a European sense of a nation-state (Parekh, 1997, p. 183). The liberal argument that the Native Americans “state of nature” allowed for European intervention was couched in moralistic terms. The civilising project, would bring to the uncivilised population great benefits, and Locke thought in that the future the Native Americans would “Think themselves beholden” to the colonizers (quoted in Parekh, 1995, p 88). These notions of European superiority were often rooted in racism and the civilizing project was not always accepted as viable because of the postulated deficiency of non-European races (Jose, 1998, p. 42).

Concurrent with the claim of racism, colonialism and liberalism’s notion of a ‘civilizing’ project often neglects the harsh realities of European colonization. European intervention and colonization was not based on a moral duty, rather it resulted from unequal power-dynamics which enabled European states to appropriate the territories of political societies incapable of holding them. This is an extension of the European state-system, functioning around a “balance of power”, where the sovereignty of a nation was respected in so far as the central authority could maintain control over their territory, quelling internal strife or the incursion of another state (Jones, 1985, p.108).

The Native Americans and other populations displaced by European colonization did not have sufficient ability to resist the aggression and territorial incursion. In Locke’s evaluation British colonialism was in contradistinction to the earlier Spanish colonialism humane. The British respected the indigenous population’s natural rights, as Locke had conceived them. If indigenous people resisted the expropriation of their lands though, it automatically rendered their individual rights invalid (Parekh, 1997, p. 88). Liberalism’s dichotomy between individual and collective rights, of ‘respecting’ the former but not the later, in practice renders both defunct. Consequently the costs in human-lives incurred by non-European populations as a result of colonization were colossal. The Dutch controlled Banjuwangi in Java, which had a population larger then 80,000 in 1750 but by 1811 the area had been depopulated to such an extent that only 18,000 remained (Marx, 1986, p. 704). In India the British between the years of 1769 and 1770 “manufactured a famine” by buying the rice supplies in total, selling it again for exaggerated prices (Marx, 1986, p.705). This Tragedy arises from a system of thought, which tests forms of governance through economic experience (Foucault, 1997, p. 76). Locke’s notion of rationality, especially the optimization of production is symptomatic of this test.

Locke’s defence of Colonialism offers ample opportunity to evaluate Western Liberalism. Modern Colonialism was defined as having the key characteristics of one nation’s territorial domination of another locality through the displacement or rule of the indigenous population with the concurrent settling of the territory. European colonization of the new world and other territories was justified by ideological systems. Christianity and Liberalism, both holding in common the belief in European Superiority were used to rationalize colonialism. This ethnocentric belief in European superiority and the dichotomy between the civilized world and the savages has often been characterized as racist. The original Christians to inhabit the new world did not consider the natives human. This later belief was later abandoned but the belief in their inferiority continued. Liberalism sought to give an explanation and justification of colonialism. Locke, as a representative of this school considered human-beings as endowed with essential characteristics. The most important of which was reason. This separated humans from animals; and as such individuals have a duty to utilize reason which should inform their interaction with nature and other human-beings. A rational society according to Locke supported the rights of individuals above all, supporting private property as a means of self-actualization, the realization of humanity’s inherent nature. Non-European societies which did not conform to European notions of private property, production optimization and furthermore political organization forfeited their collective rights. Individuals retained their rights in so far as they did not defend their collective rights of ownership over land appropriated during colonization. Therefore though liberalism in theory supported native individual rights, in practice they had no rights. But Locke supposed that colonization, even if it undermined collective rights held benefits for the non-European populace through introducing rationality. This idyllic picture of colonization as a progressive force was merely a rationalization of European dominance and exploitation. Consequently Liberalism’s historical record in relation to colonialism has rendered it severely compromised, when it justified the authority of governments over basic human rights.

Jones, E.L. (1985), The European Miracle: Environments, economies and geopolitics in the history of Europe and Asia, USA, Cambridge University Press.

The blog was founded in 2008. It mostly contains essays I wrote prior to and during my undergraduate degree in Sociology and Political Economy (2009-2012). New posts tend to be abstracts for upcoming talks and papers, random things I write up, and the occasional guest post.